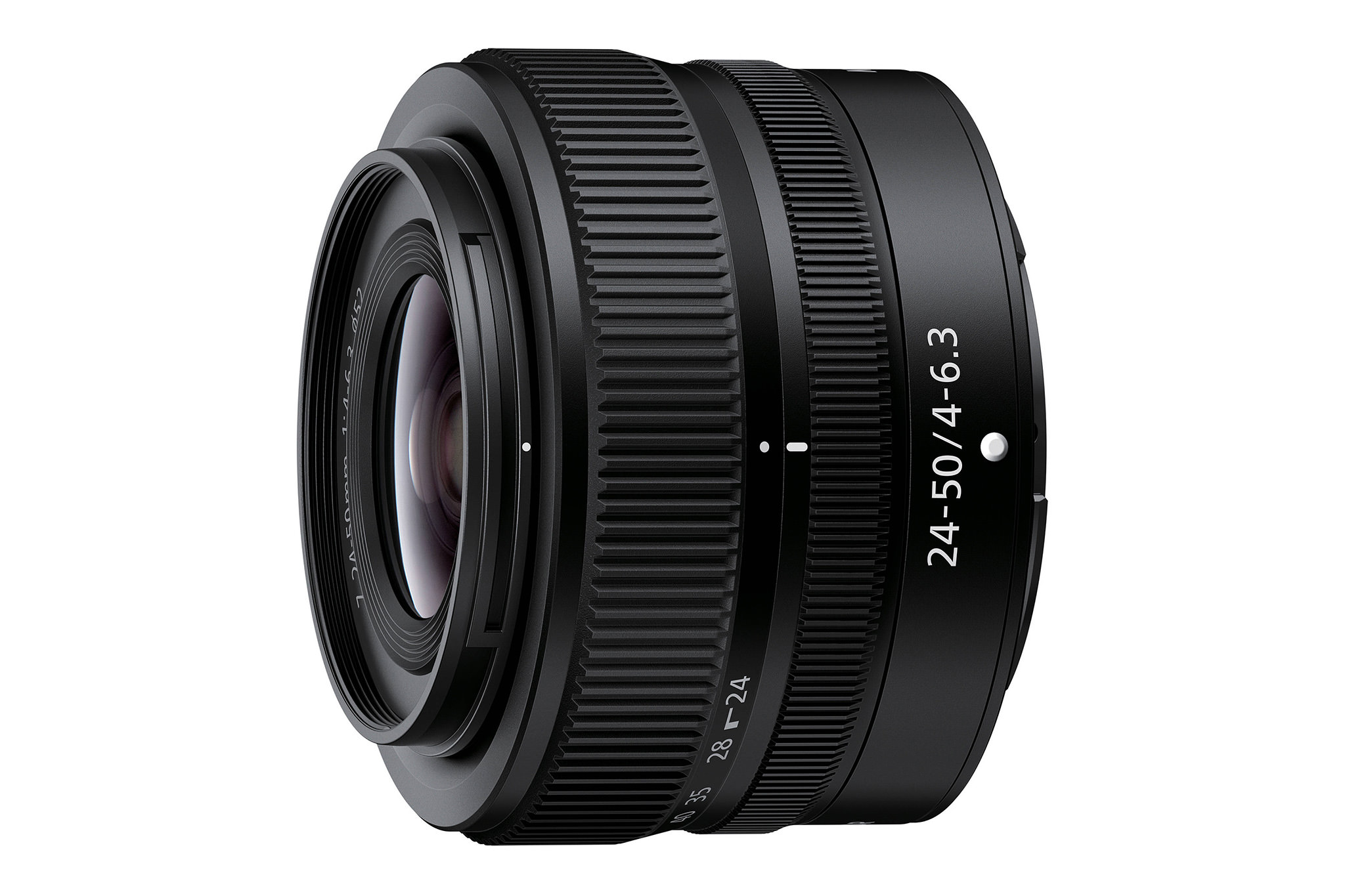 With the release of the Z5, Nikon today also announced the new Nikon Z 24-50mm f/4-6.3 lens, along with two 1.4x and 2x teleconverters for the Z mount. Many of us did not anticipate these lenses, because they were not on the Nikon Z lens roadmap. However, these are very important lenses for a number of reasons, as I explain in this article.

While Nikon has already added both f/2.8 and f/4 versions of 24-70mm lenses as well as the Nikon Z 24-200mm, one might think that another wide-to-standard zoom lens is not needed. However, after using the super lightweight pancake-style Nikon Z DX 16-50mm f/3.5-6.3 VR, I was hoping that Nikon would release such a lens for full-frame cameras as well. And that’s what Nikon exactly did with the Z 24-50mm! It might not have the same impressive range, but expanding it would have resulted in a much larger and heavier lens.

Weighing just 195 grams, this is a very lightweight and compact lens, which will couple really well with the lightweight Nikon Z camera bodies, including the Z5. It will be a great travel companion for those who want to keep their setup small and portable. Plus, at $400, it is an inexpensive lens, even when compared to the Nikon Z 24-70mm f/4 S. So it is also a great entry point for those on budget, wanting to get into the Nikon Z system.

Being a fully plastic kit lens, one would think that its performance is sub-par. However, once you take a look at its MTF chart, you will realize that this lens has quite a bit of value to offer:

It appears that the lens will be sharp from 24mm to 50mm, without serious compromises.

It appears that the new Nikon Z 24-50mm will be sharper in the center on the wide end, and have better corner performance on the telephoto end. Its contrast will be very high as well, something expected from a Z line lens.

The biggest negatives are the relatively slow aperture of f/4 to f/6.3, and lack of high-end coatings we normally see on S lenses. But I would not expect to see that on a budget kit lens anyway.

The Nikon Z 1.4x and 2.0x teleconverters also look very impressive. These teleconverters are designed for high-end lenses like the Nikon Z 70-200mm f/2.8 VR S, as well as any future super-telephoto lenses Nikon will be releasing for the Z mount.

The performance characteristics of these lenses will be extremely important. While a 1.4x teleconverter harms image quality very little, anything longer tends to bring a lot of problems, as we have shown in our article on teleconverters. A 2x teleconverter can hurt lens sharpness by 30% or more, depending on what lens it is coupled with.

And here is the lens, with the 1.4x attached:

As you can see, it appears that the 1.4x teleconverter certainly affects the sharpness of the lens, but the performance impact isn’t drastic, especially in the center of the frame. From the chart, we can see that the telephoto end (200mm) gets affected worse than the wide end (70mm).

Now let’s take a look at the 2x teleconverter:

If we believe these MTF charts, the performance of the 2x teleconverter should be pretty incredible. We can see that the lens continues to produce high levels of contrast, and its sharpness deteriorates very little compared to the 1.4x teleconverter. And this is wide open – once stopped down a little, it should look even better.

Now that these teleconverters are out, I would love to get my hands on the Z 70-200mm f/2.8 VR S as soon as possible, to see how the lens performs in the real world. I would also love to see super telephoto primes for the Z mount. If Nikon could start out with its PF lenses like the 300mm f/4E PF and the 500mm f/5.6E PF, it would be amazing…

Here’s a Free 2.5-Hour Tutorial on How to Shoot Portraits with Speedlights
How I Made a DIY Gobo Holder for Studio Strobes
This is a Canon EOS R5 review for photographers… JUST photographers
Wildlife Camera Trap Captures Man Striking a Pose
What Camera Sensor Size Equivalence is All About