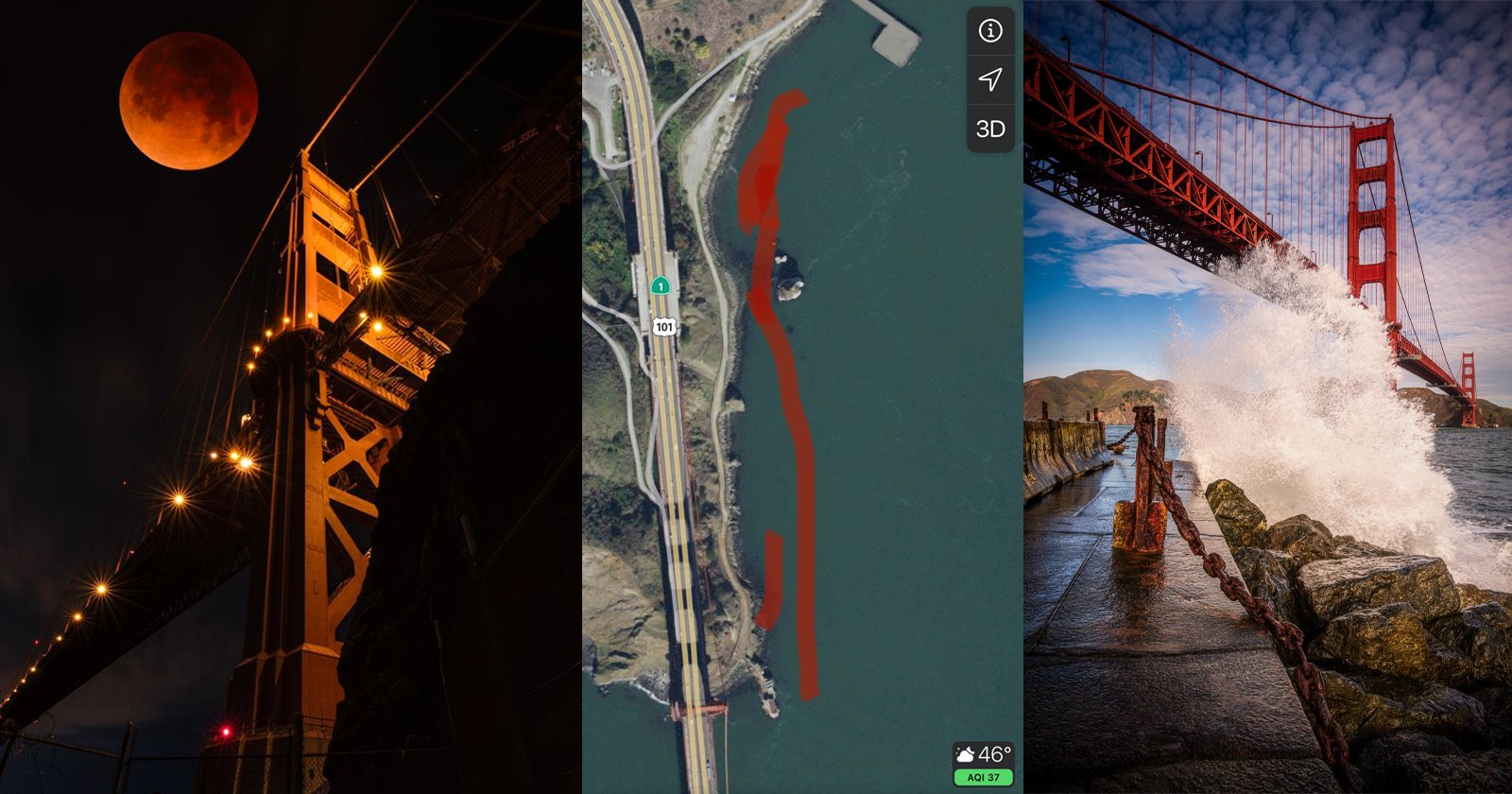 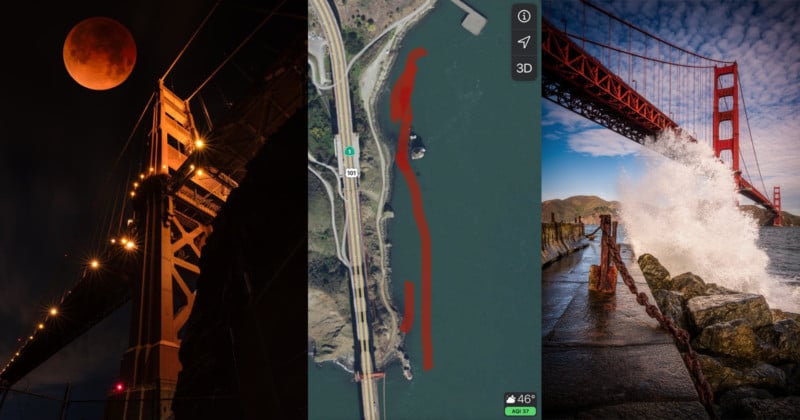 Bruce Getty is a passionate San Francisco photographer who credits photography with helping to save his life. Shortly after moving to San Francisco with his family in 1979, he became addicted to cocaine and alcohol. He was just 13 years old. He spent the next 28 years of his life struggling against the demons of substance abuse and alcoholism, endured multiple meth-induced psychotic episodes, and finally got clean in 2008 when he was sent to Atascadero State Hospital.

When he was released in 2011, he used an insurance check to buy a Nikon D600 and a computer from FireSide Camera. That’s when his fascination with the Golden Gate bridge began. “I started interacting with local photographers and went on to Instagram,” Getty tells PetaPixel. “We were always fascinated with that area of the Golden Gate Bridge, trying to find new creative angles.”

It’s one of these creative angles that got him in trouble, captured from what the Golden Gate Bridge District’s lawyers claim was non-public land, while trespassing. 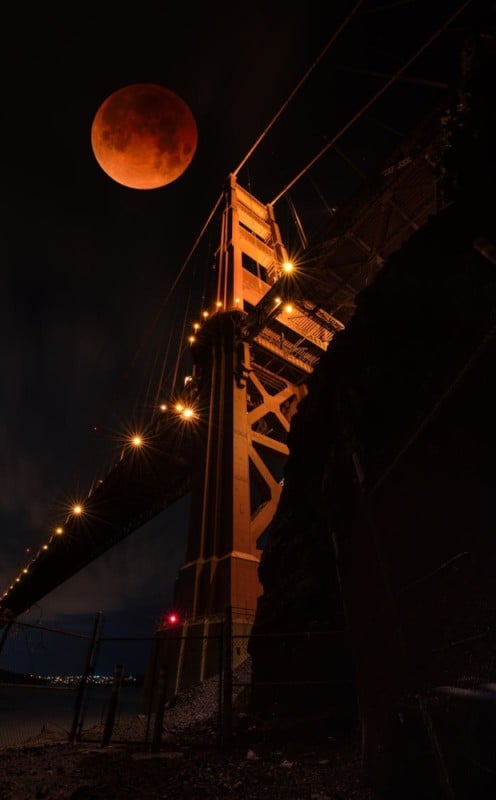 The photo is a composite—a combination of the bridge photo taken in 2014 with a supermoon shot that Getty says he captured in either 2018 or 2016. He was actually given a $150 ticket in 2014 for being on the rocks photographing the bridge, but Getty maintains that this “restricted” area isn’t actually off-limit.

You can see an outline of the area in question in the screenshot below, provided by Mr. Getty:

The letter Getty received from the Golden Gate District disagrees with Getty’s assertion that he was not doing anything wrong. It claims that Getty was on restricted, “non-public” property on January 31st, 2018—because that is the date of the last super moon—and that the photographer’s presence on this land constitutes “an actionable trespass.”

The District goes on to claim any profits that Getty has made selling the photo, which is still available for purchase as a print through his website.

You can read the full letter below:

The more information you have, the more convoluted the situation quickly becomes. If Mr. Getty took the photo from actual non-public, restricted property then the District is within its rights to send the cease and desist. However, the date of the alleged trespass is based on the image of the moon, which wasn’t even taken from that spot and may have been taken in 2016.

Getty, meanwhile, maintains that he wasn’t trespassing in the first place. 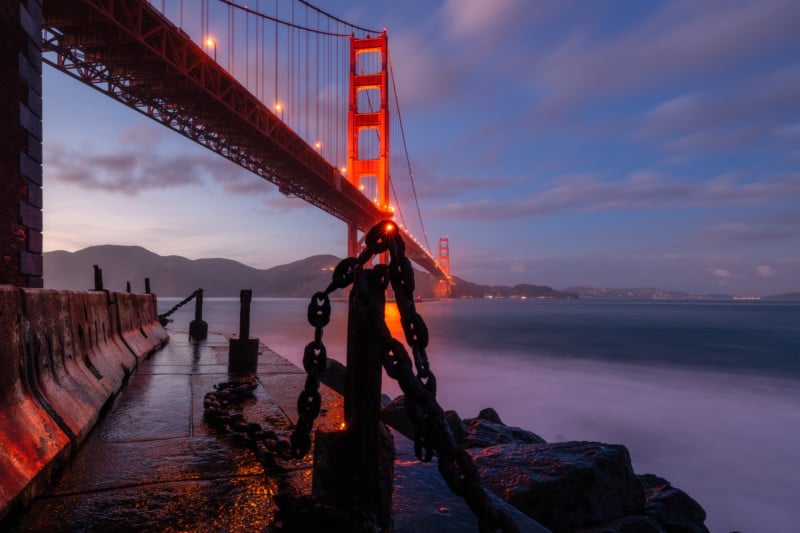 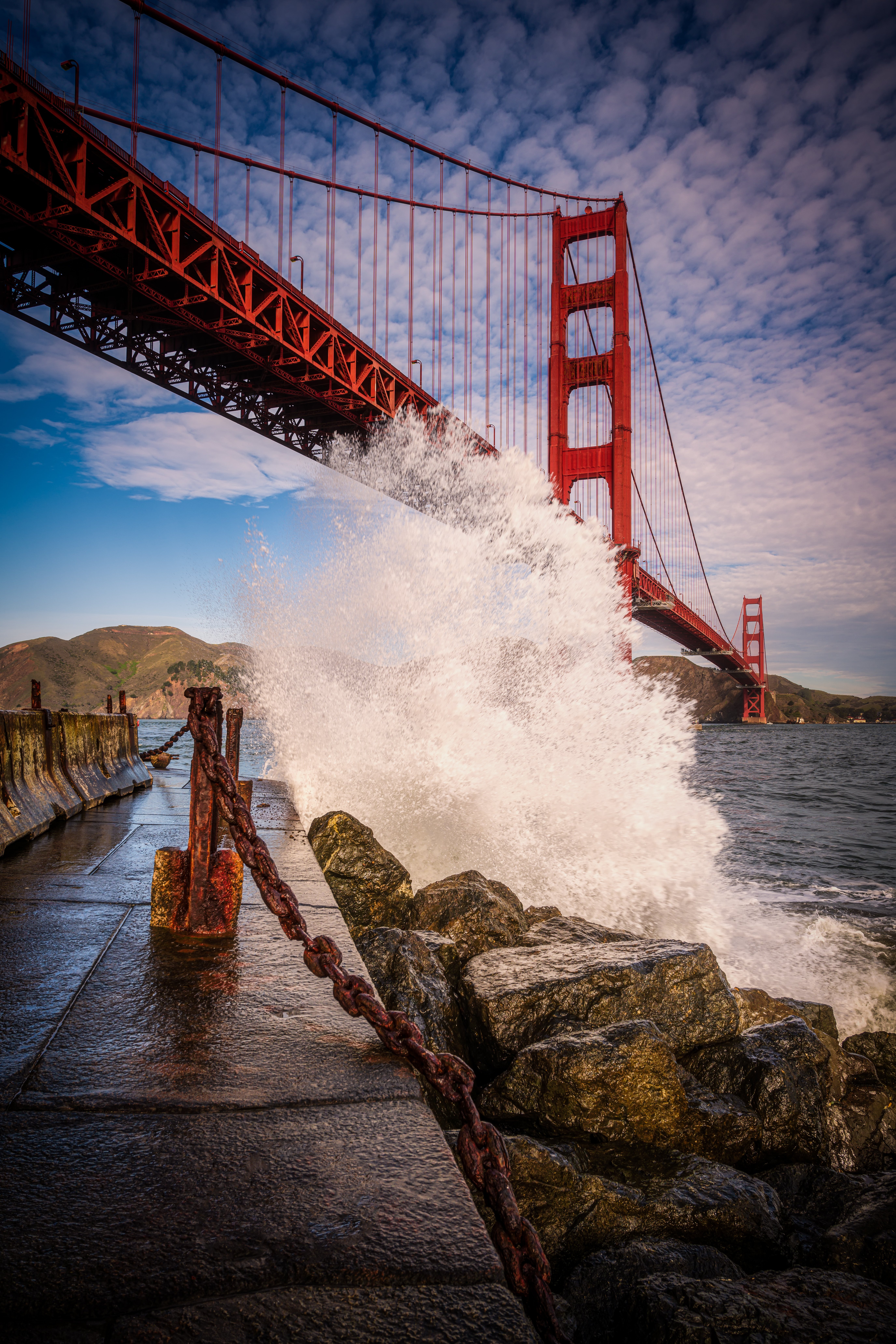 You can see the sign in question in the video below:

Ultimately, Getty sees this as an attempt by the District to make money from photographers like himself. On its website, the Bridge District makes it clear that it “does not have the authority to levy taxes,” and so the district operates entirely off of bridge tolls, transit fares, and government subsidies.

“I’m not just some punk kid breaking the rules. I represent the San Francisco Bay area and promote it like nobody’s business. I don’t disrespected it in any way, especially the bridge—people come from all over the world to see the bridge because of me and other people like me.” Getty tells PetaPixel. “They’re just hurting for money.”

In addition to a very strongly worded warning about ever “trespassing” on the District’s non-public land again, the Golden Gate District’s letter demands that Getty pull down the photo in question. Thus far, he has refused to do so, though he says that he’s not made any money selling prints of this particular shot.

We’ve reached out to a representative at the Golden Gate Bridge District for comment, and will update this piece if and when we hear back.

(via ABC News via Fstoppers)

Looking to the future: Sustainability in commercial photography
TikTok Star Draws Heat for Crashing Wedding Photographer’s Shoot
Canon EOS R5 and EOS R6 Will Both be Announced on Schedule: Report
This is the world’s most advanced “handheld” camera stabiliser rig
How to Shoot Portraits Through FaceTime