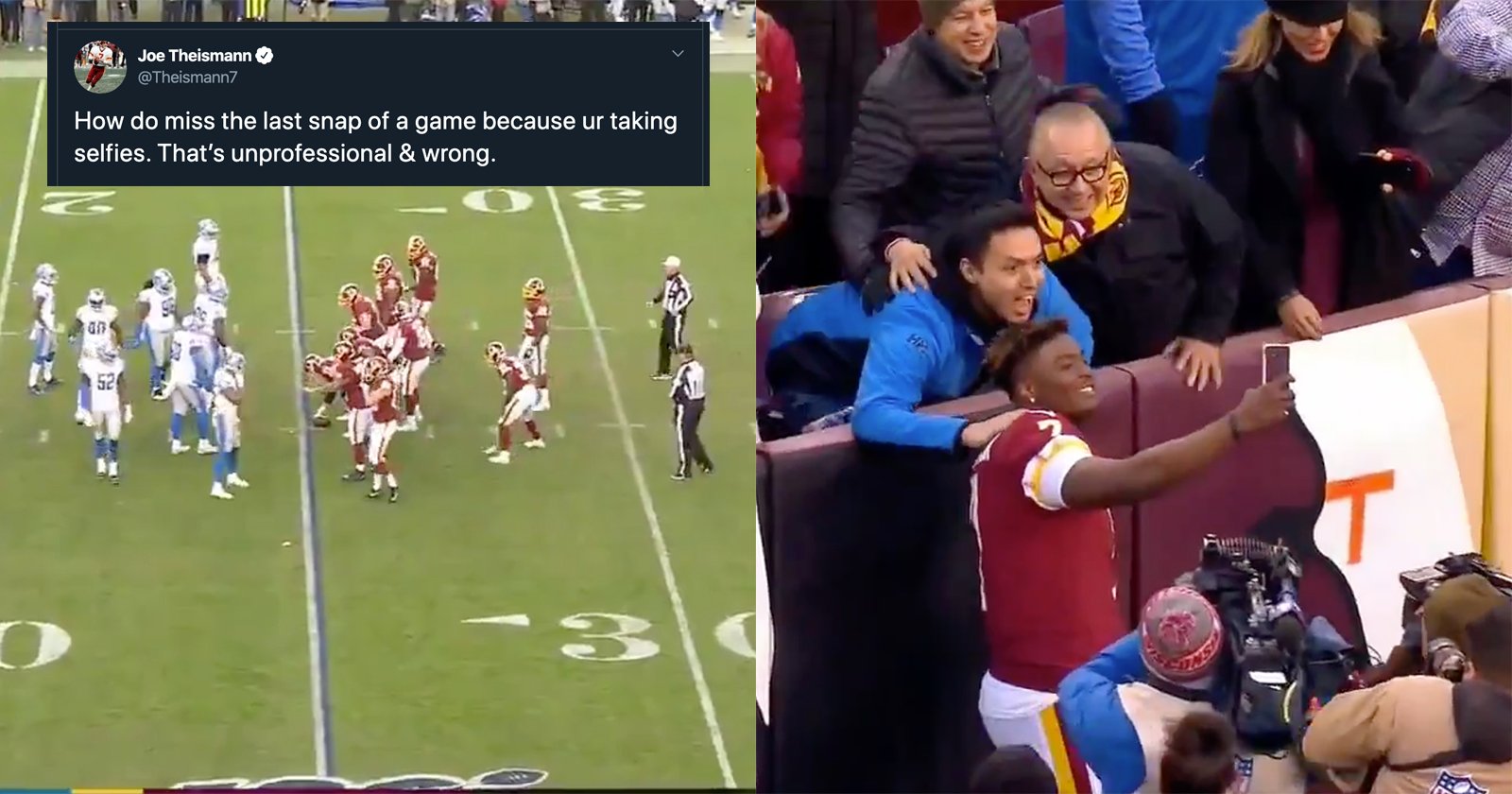 Last Sunday, the Washington Redskins were on the cusp of winning their first home game since October of last year. After a game-clinching interception, all they had to do was go out there and run out the clock. Just one problem: the starting quarterback was busy taking selfies.

As coaches scrambled up and down the sidelines yelling his name, rookie quarterback Dwayne Haskins was walking around behind the benches, taking a selfie with Redskins fan Jaime López-Verduzco. Backup quarterback Case Keenum had to run out onto the field and take the ‘victory formation’ snap to end the game.

Dwayne Haskins takes a selfie with fans while Case Keenum has to do the victory formation pic.twitter.com/Y76AL2cquF

This was definitely not the way the game was supposed to end. Interim head coach Bill Callahan told The Washington Post that “we were looking for him,” saying that the young player “probably thought the game was over.”

The fans certainly seemed to appreciate the gesture, with López-Verduzco praising Haskins for being “in touch with his fans,” but legendary quarterback and former Washington Redskins player Joe Theismann had a different take, tweeting that Haskins actions were “unprofessional & wrong.”

How do miss the last snap of a game because ur taking selfies. That’s unprofessional & wrong.

Still, López-Verduzco may have gotten the better part of this particular Twitter battle. Not only did he get a selfie with his team’s quarterback just seconds before they won their first home game in 399 days. He also got to “clap back” at one of the greatest NFL players of all time when he responded to Theismann’s critical tweet by sharing the resulting selfie under the caption: